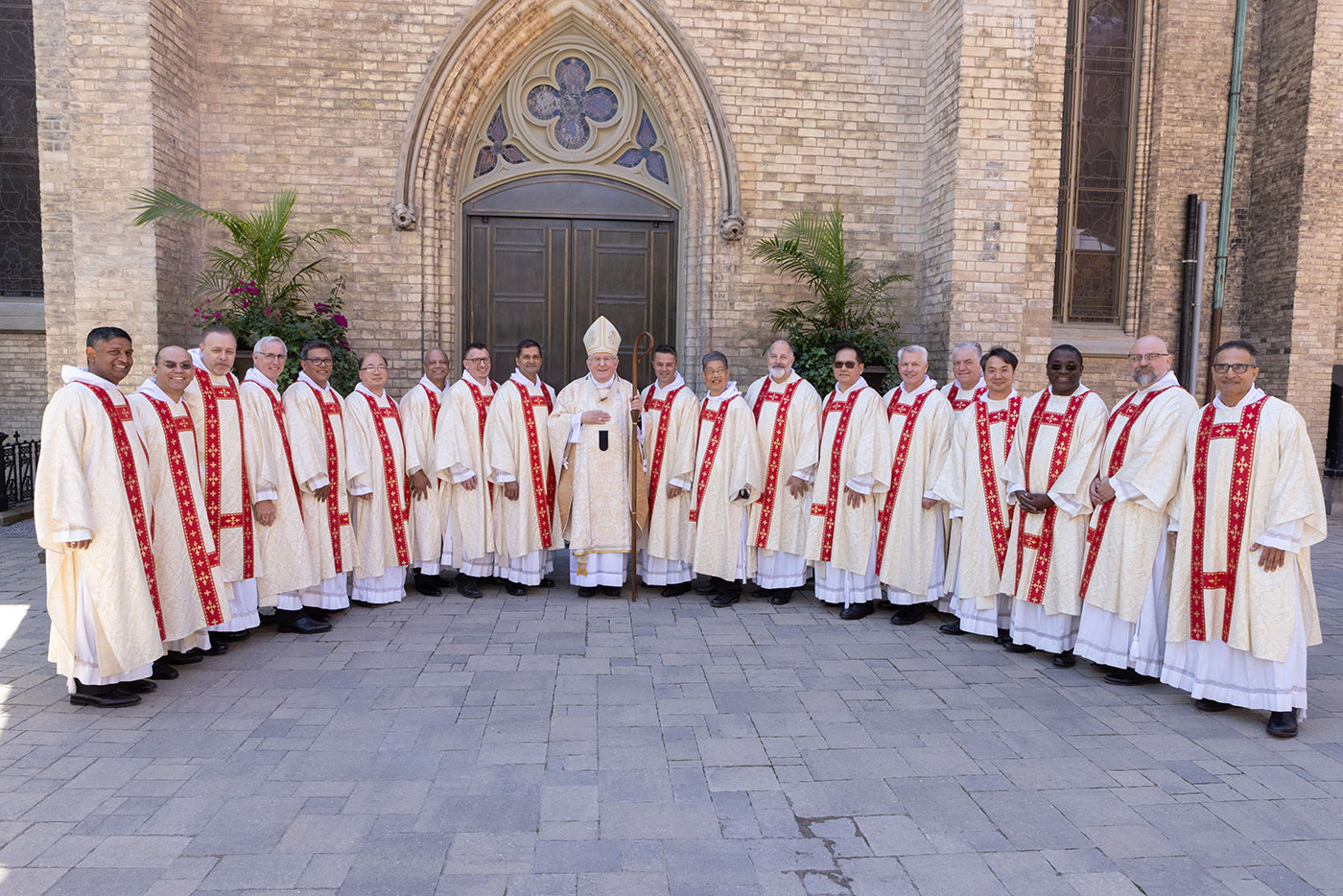 Celebrating 50 years of the Diaconate


September 30 marks the 50th anniversary of the Permanent Diaconate in the Archdiocese of Toronto. Deacon Steve Pitre, Coordinator of Diaconal Ministry, reflects on this special milestone.

1. What celebrations are planned to commemorate this milestone anniversary?

We will start with a reunion on September 30 to October 2, where Cardinal Collins and some of the bishops will speak to us, as well as time for praying together and celebrating Mass with the bishops. Other events will take place over the course of the year.

2. How did the Permanent Diaconate come to be created in the Archdiocese of Toronto?

When Archbishop Pocock returned from Vatican II, he began the process of looking at the Permanent Diaconate with St. Augustine’s Seminary staff, the Senate of priests and archdiocesan staff. They looked at the types of men who would make good candidates, the program of formation and training as well as looking at how to define their roles in the parishes and community. The study involved seminary staff meeting with educators and priests from the U.S., particularly the Archdiocese of Chicago.

With the Canadian Conference of Catholic Bishops receiving permission from Rome in 1969 for the Restoration of the Permanent Diaconate, the first class took place on September 30, 1972, with 33 men and their wives attending. This was a result of the very strong support of Archbishop Pocock, who had given his blessing to the program with an abundance of hope and enthusiasm, and this was the start of a tradition of strong episcopal support of the diaconate that remains in place today and is a principal reason why it has flourished so well and so consistently in the archdiocese for the last five decades.

3. What ministries does the Permanent Diaconate serve?

The ministries that Permanent Deacons have been engaged with include:

4. What impact has the Permanent Diaconate had on the community over the past five decades?

That we cannot measure because many of the deacons are ministering to those on the margins of society, people who we may never see in our parishes and some who are invisible even to their communities. Permanent Deacons have contributed to the spiritual and human life of their parishes by collaborating with their priests, bishops and in a special way their fellow parishioners to help enrich the way the Church presents itself to those outside its doors.

Our Lord asked us to preach the Gospel by our lives and our words and did not tell us to look or measure results. For we know our Lord is very aware when we feed the hungry, give drink to the thirsty and visit the sick and those in prison. It does not matter that the world neither sees nor acknowledges this.

We extend our gratitude to all those involved in the Permanent Diaconate in the Archdiocse of Toronto over the past 50 years. May this important ministry continue to flourish for years to come!