Archdiocese of Toronto to Celebrate the Ordination of Two Priests


On Saturday, May 8, 2021 at 10 a.m., His Eminence, Thomas Cardinal Collins, Archbishop of Toronto, will ordain our two transitional deacons, Rev. Mr. Arthur Lee and Rev. Mr. Andrew Taylor, with the Sacrament of Holy Orders as they become priests to the Archdiocese of Toronto. This wonderful event will take place at St. Michael’s Cathedral Basilica and the faithful are all encouraged to join us via the cathedral’s livestream.

Rev. Mr. Arthur Lee was born in Quebec, moved to Oakville where he grew up. He attended Queen’s University to study Mathematics and Engineering. Upon returning home from university, he became more involved in his church, St. Andrew Kim Parish, through the Choice Weekend, choir, Legion of Mary and bible study groups. He was asked by the associate priest if he ever thought about becoming a priest? Arthur entered St. Augustine’s Seminary in 2014.

Rev. Mr. Andrew Taylor, the fourth of eight children, was born in Barrie and grew up in Aurora in a home where the importance of faith, prayer and the sacraments were strongly emphasized. He attended Brebeuf College School. While in grade 10, Andrew encountered Christ through the Sacraments of Reconciliation and the Eucharist and began to hear a call to the priesthood. He began his formation at Serra House in 2011 and then joined St. Augustine’s Seminary in 2015.

As a community of faith, let us offer our prayers for Arthur and Andrew as they are ordained to the priesthood. Let us also continue to pray for all those who are currently in formation to the priesthood at St. Augustine’s Seminary and at the Redemptoris Mater Missionary Seminary.

To watch the livestream of the ordination, please go to the St. Michael's Cathedral Basilica's livestream page. 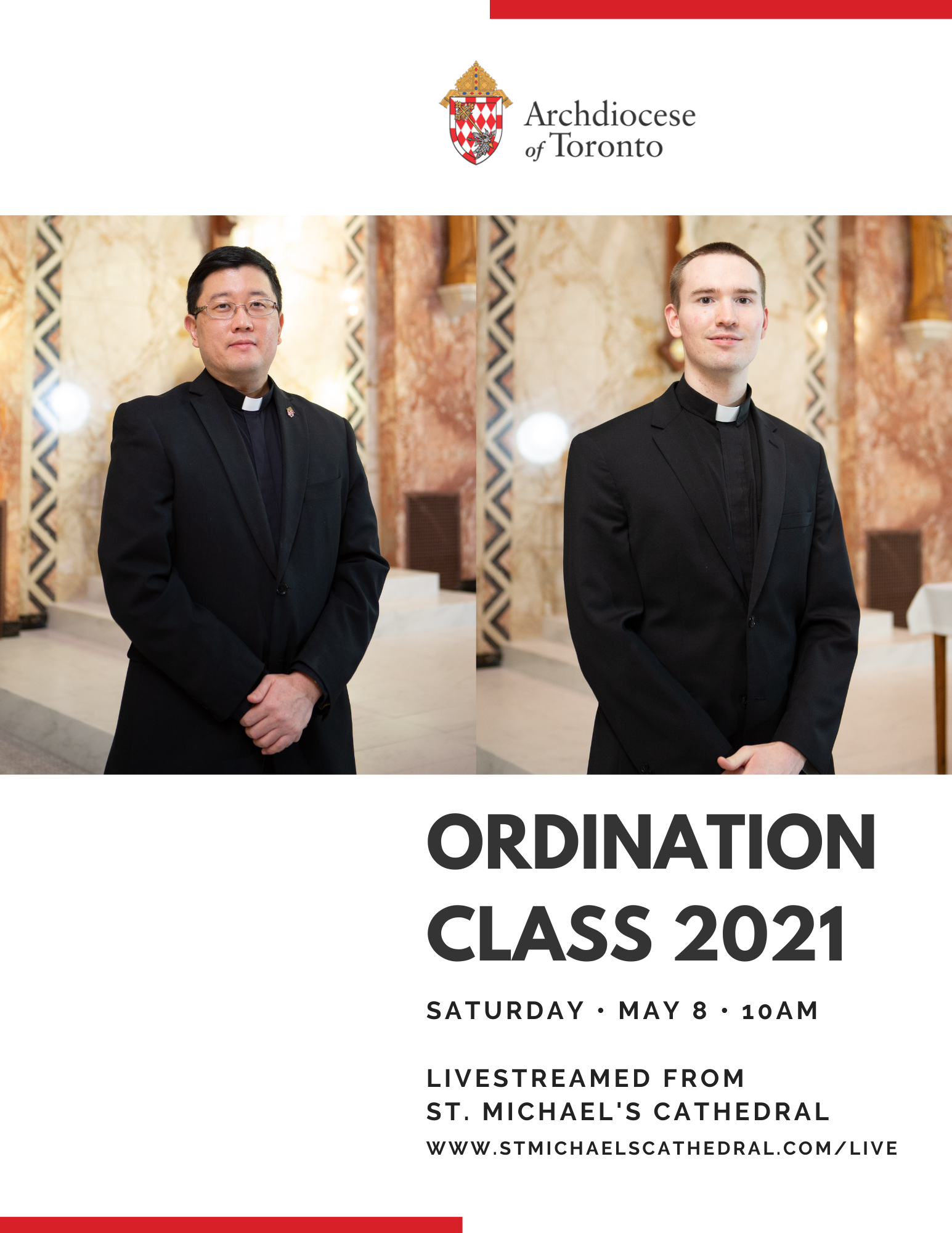