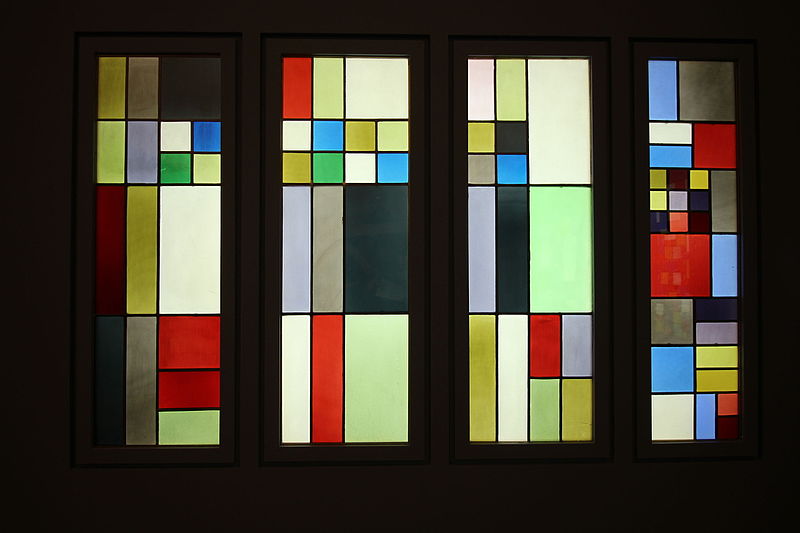 Canadian Conference of Catholic Bishops: Commission for Christian Unity, Religious Relations with Jews, and Interfaith Dialogue
(For national dialogues and their reports, statements and resources, and related initiatives)

United States Conference of Catholic Bishops
(For national dialogues and reports)
(For “On the Path to Christian Unity” Videos, A fifteen-part series resource especially appropriate for ecumenical formation in parishes and schools; study guide.

The National Council of Churches USA

National Council of Churches in Australia

Churches Together in England

Churches Together in Britain and Ireland

Margaret O’Gara Ecumenical Dialogue Collection
(For an extensive source for dialogues across the Christian tradition in Canada).

Vatican II Decree on Ecumenism (Unitatis redintegratio), November 21, 1964.
(The foundational decree officially and irreversibly committed the Catholic Church to work for unity with and among all Christians, churches and ecclesial communities.)

Vatican II Constitution on the Church (Lumen gentium), November 21, 1964.
(The seminal document roots the search for Christian unity as constitutional to the identity of the Catholic Church.) (See especially paragraphs 8, 15.)

Directory for the Application of Principles and Norms on Ecumenism, Pontifical Council for Promoting Christian Unity, March 25, 1993.
(A practical guide for implementing the fruit of years of ecumenical dialogue and cooperation in all levels of the life of the Church.)

The Ecumenical Dimension in the Formation of those Engaged in Pastoral Work, Pontifical Council for Promoting Christian Unity, 1995.
(This study document receives the Ecumenical Directory, addressing specifically all with responsibility for theological and pastoral formation of Catholics to equip students for ministry in the life of the Church in our day.)

Joint Declaration on the Doctrine of Justification, issued by the Catholic Church and the World Lutheran Federation, October 31, 1999.

The Beginning of the New Millennium (Novo Millennio Ineunte ) Apostolic Letter of His Holiness John Paul II at the close of the Great Jubilee of the Year 2000, January 6, 2001.

Message of His Holiness Pope John Paul II to the Participants in the Plenary Assembly of the Pontifical Council for Promoting Christian Unity, November 4, 2003.

Press release regarding the suppression of the title "Patriarch of the West" (2006).

The Greek and Latin Traditions about the Procession of the Holy Spirit (1996).

Evangelicals and Catholic Together: The Christian Mission in the Third Millennium.
(The result of consultation between Evangelical Protestant and Roman Catholic theologians, scholars, and religious leaders, this is a non-official statement of the fruits of their mutual discovery concerning areas of theological and pastoral consensus as well as the recognition of differences that remain unresolved.)

“The Nature and Purposes of Ecumenical Dialogue,” A reflection by Cardinal Walter Kasper, President, Pontifical Council for Promoting Christian Unity.

“Present Situation and Future of the Ecumenical Movement,” by Cardinal Walter Kasper, President of the Pontifical Council for Promoting Christian Unity.

“A Church in Dialogue: Towards the Restoration of Unity among Christians” (2014).

“Our Roman Catholic Neighbours” (2019). Sister document to “Our Evangelical Neighours. Published by The Evangelical Fellowship of Canada.

"We are Neighbours" (2021) Catholics and Evangelicals in Canada.
A Study Guide created by The Evangelical Fellowship of Canada and The Canadian Conference of Catholic Bishops.

"In His Name: Statement on the Persecution of Christians" (2019).

“Guidelines for Ecumenical and Interfaith Action in Ontario”, Ontario Catholic Conference for Ecumenism, 1985.

(The resource, ‘The Psalms: A Doorway to Jewish-Catholic Dialogue,’ issued by the Canadian Conference of Catholic Bishops – Canadian Rabbinic Caucus bilateral dialogue presents a selection of teachings and reflections flowing from deep study of a selection of psalms from the perspective of both traditions. This document likewise serves as an invitation for further dialogue among the faithful of the Catholic and Jewish communities.)

Center for Jewish-Christian Learning (Boston College)
(For a vast library of documents and statements.)

Council of Centers for Jewish-Christian Relations

Sisters of Our Lady of Sion
(An international Roman Catholic congregation of religious women with a unique vocation of committed relationship to the Jewish people.)
(Biblical Formation Center in Jerusalem)
(Guest Houses in Jerusalem)

Vatican II Declaration on the Relationship of the Church to Non-Christian Religions (Nostra aetate), October 28, 1964.
(Paragraph 4 of this foundational decree officially and irreversibly committed the Catholic Church to dialogue with Judaism.)

Vatican II Constitution on the Church (Lumen gentium), November 21, 1964.
(Paragraph 16 of this seminal document roots relations with Jews as constitutional to the identity of the Catholic Church.)

Guidelines and Suggestions for Implementing the Conciliar Declaration Nostra Aetate [§4], Pontifical Commission for Religious Relations with the Jews,
December 1, 1974.

Notes on the Correct Way to Present the Jews and Judaism in Preaching and Catechesis in the Catholic Church, Pontifical Commission for Religious Relations with the Jews 1985.

We Remember: A Reflection on the Shoah, Pontifical Commission for Religious Relations with the Jews, March 16, 1998.

Memory and Reconciliation: The Church and the Faults of the Past, Pontifical Commission for Religious Relations with the Jews, December 1999.

Dominus Iesus (“The Lord Jesus”) On the Unicity and Salvific Universality of Jesus of Christ and the Church, Congregation for the Doctrine of the Faith, August 6, 2000.
(A statement to the Jewish Advocate by Rev. David Michael on Dominus Iesus and its significance for Jewish-Catholic relations.)

The Jewish People and Their Sacred Scriptures in the Christian Bible, Pontifical Commission for Religious Relations with the Jews, February 12, 2002.

Ecclesia In Europa, Post-Synodal Exhortation of Pope John Paul II, June 28, 2003.
(See especially paragraphs 55 - 56 on “In dialogue with other religions” from Section II: Bearing witness in unity and dialogue.)

"The Gifts and the Calling of God are Irrevocable” (Rom 11:29): A Reflection on Theological Questions Pertaining to Catholic–Jewish Relations on the Occasion of the 50th Anniversary of ‘Nostra Aetate’ (no.4)," Pontifical Commission for Religious Relations with the Jews, December 10, 2015.

The Center for Christian-Jewish Learning at Boston College
(For a more complete collection of recent papal statements).

Reading Psalms as the Water Rises and Leaders Guide (2022)

Lived Diversity: Observing Passover and Easter (2022)
(Through conversations and storytelling, paired with instruction about each observance, this 13-minute video is a lively presentation of the diverse expressions of our religious traditions. A facilitation guide with questions for discussion and resources for further reading is available).

About the Jews (2022)
(This ground-breaking animated short video series was originally created by the American Jewish Committee with the aim of fostering understanding of Judaism in the Arab world. Video titles include: What is Antisemitism? Who are the Jews of America? Is Israel only for Jews? Protocols of the Elders of Zion, Jerusalem, The Holocaust, Jewish-Muslim Relations, and Who are the Jews?)

The Forgotten Exodus (2022)
(This limited podcast series presented by American Jewish Committee explores the rich heritage of the epic survival story of more than 800,000 Mizrahi and Sephardic Jews who left or were driven from their homes in Arab nations and Iran, some of whom fled antisemitism and found refuge in the State of Israel. See the video trailer).

Documents from the United States Conference of Catholic Bishops:

Within Context: Guidelines for the Catechetical Presentation of Jews and Judaism in the New Testament (1986) – Issued jointly by the Secretariat for Catholic-Jewish Relations, NCCB, Adult Education Department, USCC, Interfaith Affairs Department, ADL. Updated 1993.

Criteria for the Evaluation of Dramatizations of the Passion (1988) – Issued by the BCEIA, NCCB.

God’s Mercy Endures Forever: Guidelines on the Presentation of Jews and Judaism in Catholic Preaching (1988) – Issued by the Bishops’ Committee on the Liturgy (BCL), NCCB.

Catholic Teaching on the Shoah: Implementing the Holy See’s We Remember (2001) – Issued by the BCEIA, NCCB.

Collection: Catholics Remember the Holocaust contains the text of the Vatican statement We Remember: A Reflection on the Shoah and the statements of other national bishops’ conferences, with an introduction and commentaries – Issued by the BCEIA, NCCB.

(Other statements by the Bishops’ Committee on Liturgy on Celebrating the Seder, on the Good Friday Reproaches, and on the Days of Remembrance of the Victims of the Holocaust are available.)

(A helpful, though now dated, collection can be found in Spiritual Pilgrimage: Texts of Jews and Judaism 1979 – 1995, compiled by the Anti-Defamation League, edited by Eugene J. Fisher and Leon Klenicki, Crossroad, New York, 1995.)

Declaration of Jewish-Catholic Dialogue for Canada (2015).

The Psalms: A Doorway to Jewish Catholic Dialogue (2020).