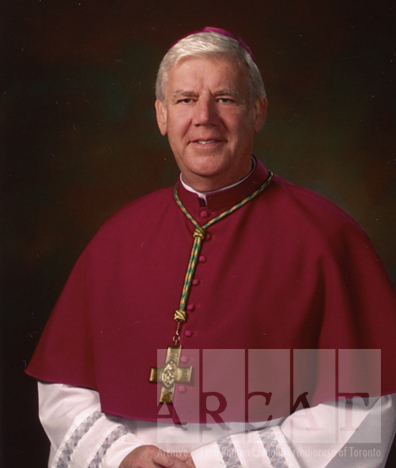 Daniel J. Bohan was born on November 8, 1941 in Yarmouth, NS, and grew up in Moncton, NB. He received his BA from St. Thomas University, Chatham, NB, his BTh (Bachelor of Theology) from Holy Heart Seminary, Halifax, NS, and his STB (Bachelor of Sacred Theology) from Université Laval, Québec, PQ. He was then ordained a priest for the Archdiocese of Moncton, NB, in 1967. He later received an MA in Theology from the University of Notre Dame, South Bend, IN.

Fr. Bohan taught Moral Theology at Holy Heart Seminary, Halifax, NS, in 1968 and 1969 and served on the Board of the Atlantic School of Theology. He has been a Roman Catholic Representative on the Gospel, Ecumenism and Theology Committee of the Maritime Conference of the United Church of Canada since 1999. In the year 2000 he was appointed Episcopal Vicar for the English-speaking population of the Archdiocese of Moncton.

On May 14, 2003, he was appointed titular bishop of Migirpa, and auxiliary bishop of Toronto and was ordained to the Episcopate July 3, 2003, at St. Augustine’s Church in Moncton. Bishop Bohan was welcomed at a Mass at St. Michael’s Cathedral on September 26, 2003.