​​​
The Archdiocese covers a geographic region of the Great Lakes area, which stretches from the shores of Lake Ontario north to Georgian Bay. In total, the area covers some 13,000 square kilometre​s, comprised of intensely urban and suburban regions and also small cities, towns and rural areas. 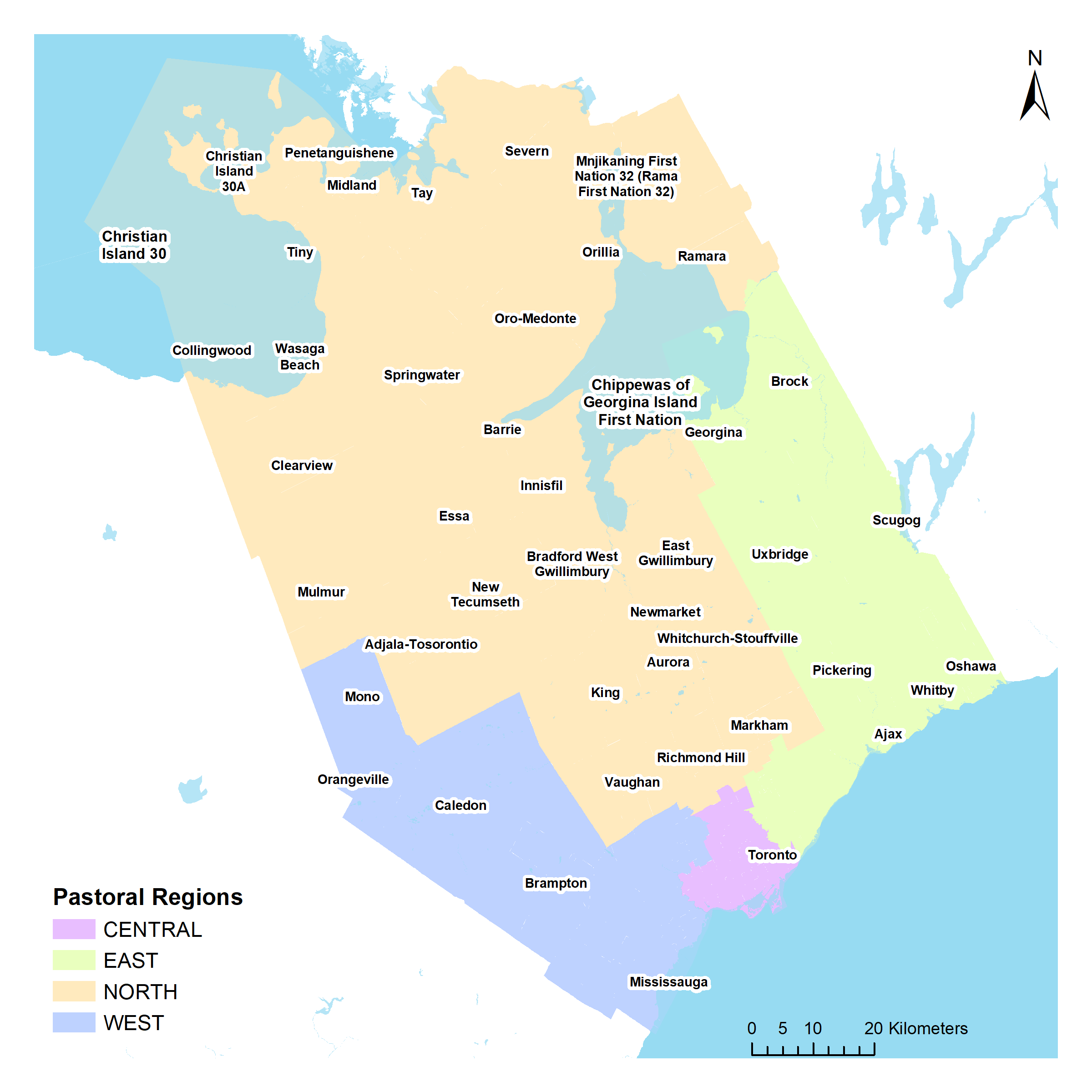