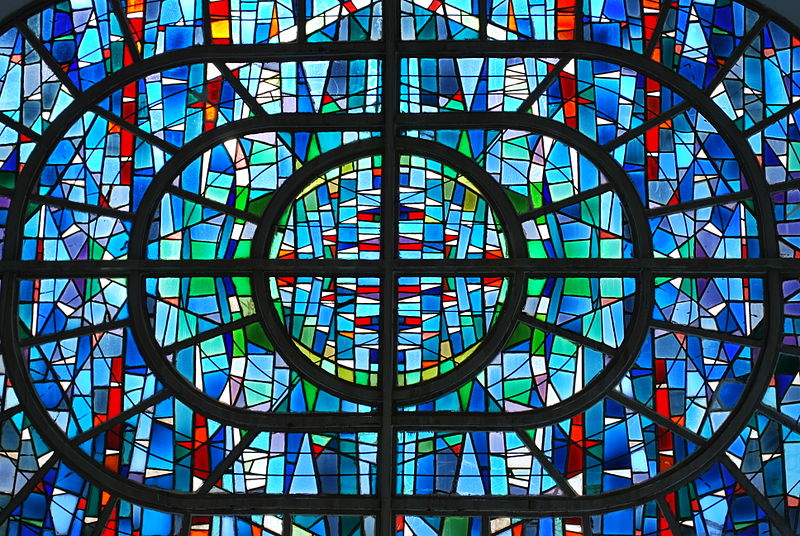 The Dialogue of Truth and the Dialogue of Life are closely linked whereby, “the truths expressed jointly in theological dialogue seek concrete expression through joint action in pastoral care, in service to the world and culture”.1

The search for Christian unity involves all the faithful with the bishop entrusted with a specific pastoral solicitude in the ecumenical task.2  Diligent oversight ensures that dialogue and common witness are dually integrated and promoted for full visible unity among Christians.3 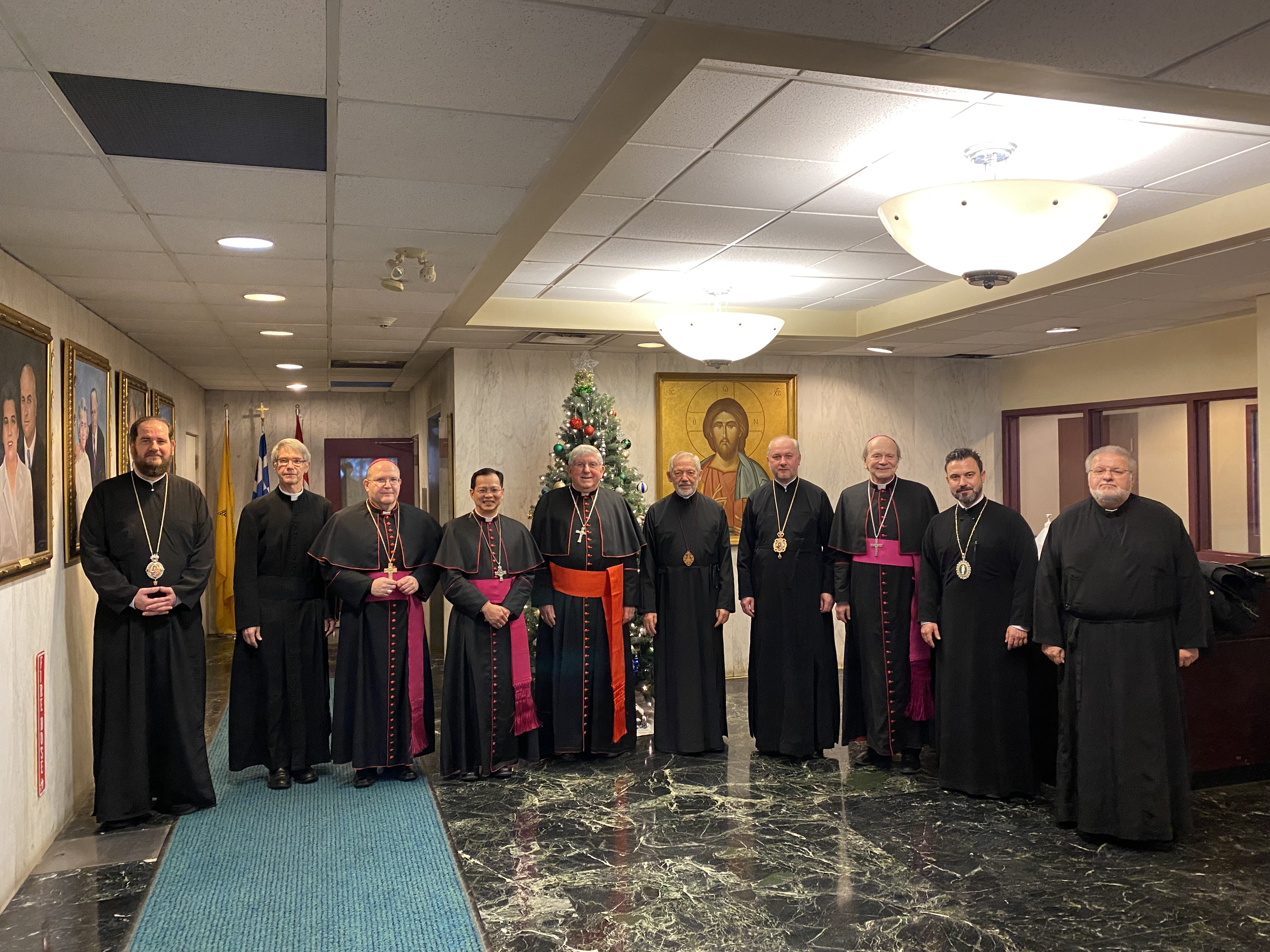 “Dialogue is at the heart of ecumenical cooperation and accompanies all forms of it. Dialogue involves both listening and replying, seeking both to understand and to be understood. It is a readiness to put questions and to be questioned. It is to be forthcoming about oneself and trustful of what others say about themselves. The parties in dialogue must be ready to clarify their ideas further, and modify their personal views and ways of living and acting, allowing themselves to be guided in this by authentic love and truth. Reciprocity and mutual commitment are essential elements in dialogue, as is also a sense that the partners are together on an equal footing. Ecumenical dialogue allows members of different Churches and ecclesial Communities to get to know one another, to identify matters of faith and practice which they share and points on which they differ. They seek to understand the roots of such differences and assess to what extent they constitute a real obstacle to a common faith. When differences are recognised as being a real barrier to communion, they try to find ways to overcome them in the light of those points of faith which they already hold in common.” (Ecumenical Directory §172)

To assist in the process of reception, that is, “that process by which the Church discerns and appropriates that which it recognizes as authentic Christian teaching,”4  the results of “dialogue should be promptly communicated to all other interested Churches or ecclesial Communities.”5

Archdiocese of Toronto maintains regular contact with directors of ecumenism other Catholic dioceses and other Christian organizations.6

“Saint John Paul II wrote that ‘Dialogue is not simply an exchange of ideas. In some way it is always an “exchange of gifts”’ (UUS 28). In this exchange ‘Each individual part contributes through its special gifts to the good of the other parts and of the whole Church’ (LG 13). Pope Francis has called for an active attentiveness to gifts in the other or potential areas of learning from the other which address our own ecclesial need. ‘If we really believe in the abundantly free working of the Holy Spirit, we can learn so much from one another! It is not just about being better informed about others, but rather reaping what the Spirit has sown in them, which is also meant to be a gift for us’ (EG 246).”7

Although itself an expression of common witness, dialogue provides opportunities for discernment of common action across ecclesial traditions:8

“The Catholic Church considers ecumenical collaboration in social and cultural life to be an important aspect of working towards unity. The Decree on Ecumenism sees such cooperation as a clear expression of the bond that unites all the baptized. For this reason, it encourages and supports very concrete forms of collaboration... It should contribute to a just appreciation of the dignity of the human person, the promotion of the blessings of peace, the application of Gospel principles to social life, and advancement of the arts and science in a Christian spirit. Christians should also work together in the use of every possible means to relieve the afflictions of our times such as famine and national disasters, illiteracy and poverty, lack of housing, and the unequal distribution of wealth.” (Ecumenical Directory §211)

Christians are called to “do everything together that is allowed by faith”.9  This principle recognizes the integrity that they should “act together in all matters except those in which deep differences of conviction compel them to act separately” as well as the realism that asks for both “patience and perseverance, twin virtues of ecumenism, equal in measure” and the quest for unity is done “gradually and with care, not glossing over difficulties”.10

Theological dialogue and common witness are complementary in the search for Christian unity in the Church.

Orthodox-Catholic Bishops Meetings
A time-honoured tradition of fraternal exchange between sister Churches takes place annually in the Archdiocese of Toronto. On the Solemnity of Saints Peter and Paul (29 June) the Catholic Church receives the visit of Orthodox Bishops and on the Feast of St. Andrew (30 November) the Orthodox receives the visit of Catholic Bishops in the Greater Toronto area.

Greater Toronto Area of Christian Council of Churches
Councils of churches play an important part in the ecumenical movement, both in the promotion of unity in faith and common witness of service in the world.11

The Archdiocese of Toronto is a member of Greater Toronto Area Christian Council of Churches:

“The Council is a gathering of representatives from the Christian Churches located in the area of Metropolitan Toronto. It has been formed in response to Christ’s call to proclaim the Good News through the witness of our unity in the faith. We seek to foster that unity through education, worship, dialogue, and social action. We strive to be a Christian voice in the life and concerns of the urban community.”12

"Prayer Vigil for Peace and Unity in Ukraine" organized by the GTACCC 3 April 2022. Video

The Archdiocese participates in the North American Orthodox-Catholic Theological Consultation (founded in 1965) that has produced significant reports, many of which have been received in international dialogue between Catholics and Orthodox. As well, there is representation on the Lutheran Church Canada-Catholic Dialogue.

The Global Christian Forum
The Global Christian Forum (GCF) is a unique gathering of global Christian churches and organisations bringing together all the major streams of world Christianity. With its various meetings, local-regional-international, an open space is created where all Christians can meet to nurture unity by fostering mutual respect and understanding as well as by addressing together common challenges. The Forum brings together all traditions in the global Christian family (African Instituted, Anglican, Catholic, Charismatic, Evangelical, Orthodox, Pentecostal, and Protestant, as well as mega churches, migrant churches, and contemplative communities). Many Christian World Communions and world Christian organisations are represented, including the Pontifical Council for Promoting Christian Unity, the Pentecostal World Fellowship, the World Evangelical Alliance and the World Council of Churches. The emergence of the GCF comes at a time of major shifts in global Christianity, whereby the expanding edge of the church has moved from the global North (primarily Protestant and Catholic Europe and North America) to the global South (Africa, Asia and Latin America through the growth of Pentecostal, evangelical and charismatic churches) that often through emigration are also present in the North. This is also a time when the historic ecumenical movement is looking for creative ways forward. The GCF provides an opportunity for exploration of expressions of Christian unity previously unavailable due to limited contact or past wounds. The GCF does not seek to replace that which has been achieved through the careful and prayerful work of the churches in dialogue and common theological discernment. It hopes, instead to build on growing trust and mutual respect in order to be a truly open space where we can continue together our journey with Christ.13

Local Initiatives
Local dialogues are established from time-to-time, especially to study together the fruit of theological dialogue and international agreements (e.g. the Doctrine on Justification by Faith) and consider opportunities for working together in unity. Ministerials for clergy and pastoral workers also exist, strengthening relationships with other Christians, churches and ecclesial communities. 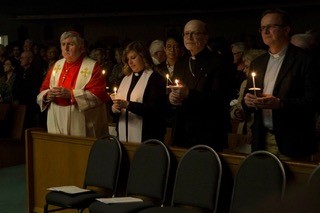 Fostering the Dialogue of Life, well-developed networks for common witness for “faith in action” exist in the Archdiocese of Toronto.14

Catholic Charities of the Archdiocese of Toronto provides social services, leadership and advocacy for its member agencies and the people they serve. Affiliated agencies i.e. Good Shepherd Ministries and related organizations (i.e. St. Francis Table, Out of the Cold) reach out to the poor and marginalized and urges all to build a just society and to safeguard human dignity.

Institutes of Consecrated Life, Societies of Apostolic Life and Ecclesial Movements with explicit charisms promoting unity may be found in the Archdiocese of Toronto (e.g. The Franciscan Friars of the Atonement and Focolari.16  Many also serve in settings of social justice and peace that foster common witness among Christians (e.g. the Society of Jesus and the Franciscan Capuchins).17