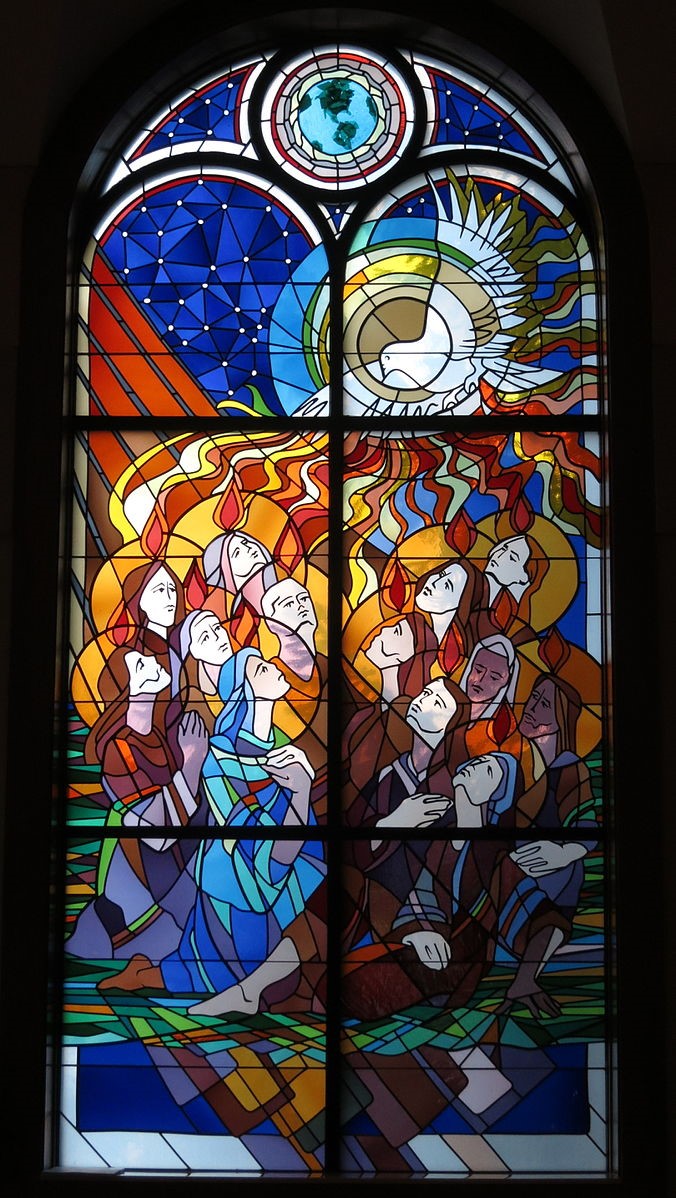 The Week of Prayer for Christian Unity

Prayer is at the very core of the spiritual ecumenism to which the Catholic Church is committed in the search for Christian unity.

“In the ecumenical movement it is necessary to give priority to conversion of heart, spiritual life and its renewal. This change of heart and holiness of life, along with public and private prayer for the unity of Christians, should be regarded as the soul of the whole ecumenical movement and can rightly be called ‘spiritual ecumenism'. Individual Christians, therefore, insofar as they live a genuine spiritual life with Christ the Saviour as its centre and the glory of God the Father as its goal, can always and everywhere share deeply in the ecumenical movement, witnessing to the Gospel of Christ with their lives.’” (Ecumenical Directory §63)

“Because we share a real communion as brothers and sisters in Christ, Catholics not only can, but indeed must, seek out opportunities to pray with other Christians. Certain forms of prayer are particularly appropriate in the search for Christian unity.” (Vademecum §17)

“The Second Vatican Council taught that ‘human powers and capacities cannot achieve … the reconciling of all Christians in the unity of the one and only Church of Christ’ (UR §24). In praying for unity we acknowledge that unity is a gift of the Holy Spirit and not something we can achieve through our own efforts.” (Vademecum §18)

A week devoted to prayer for Christian Unity is formally observed annually from 18 to 25 January. It culminates in a service for the Greater Toronto Area with the presence of church leaders in the Archdiocese of Toronto.1

Prayer for the full visible unity among Christians also takes other forms, both during the Week of Prayer and throughout the year, depending on particular situations of parishes and neighbourhoods.2

Praying for Other Christians: The Catholic Liturgy
During the Week of Prayer for Christian Unity as well as throughout the liturgical year, the Catholic Liturgy provides many opportunities for prayer for the restoration of full visible unity among Christians, churches and ecclesial communities. Among the Eucharistic Prayers in the Roman Missal, in the Masses for Various Needs, the Eucharistic Prayer ‘The Church on the Path of Unity’ is commended for use. The Roman Missal also contains three options as a Mass for Christian Unity with its own propers that may be used, provided it does not occur on a Sunday of Advent, Lent or Easter, or on a Solemnity. Prayer for unity is easily incorporated in the Formularies for the Universal Prayer (Prayers of the Faithful). Litanies are always appropriate as part of Liturgies of the Word in other settings.3

Joining in the Prayer of Other Christians
Sharing in the Liturgies of the Word of other Christians (i.e. Vespers, Evensong) gives witness to the bond of unity that already exists among Christians and to pray for greater visible unity.4

The 2021 Week of Prayer for Christian Unity Service
The Week of Prayer for Christian Unity in 2021 was prepared by the Monastic Community of Grandchamp (Switzerland). The biblical text chosen for this year’s celebration, ‘Abide in my love and you shall bear much fruit’ is based on John 15:1-17 and expresses Grandchamp Community’s vocation to prayer, reconciliation and unity in the church and the human family.

For information and resources on the 2021 Week of Prayer for Christian Unity.

This service is celebrated throughout the Archdiocese of Toronto, including: 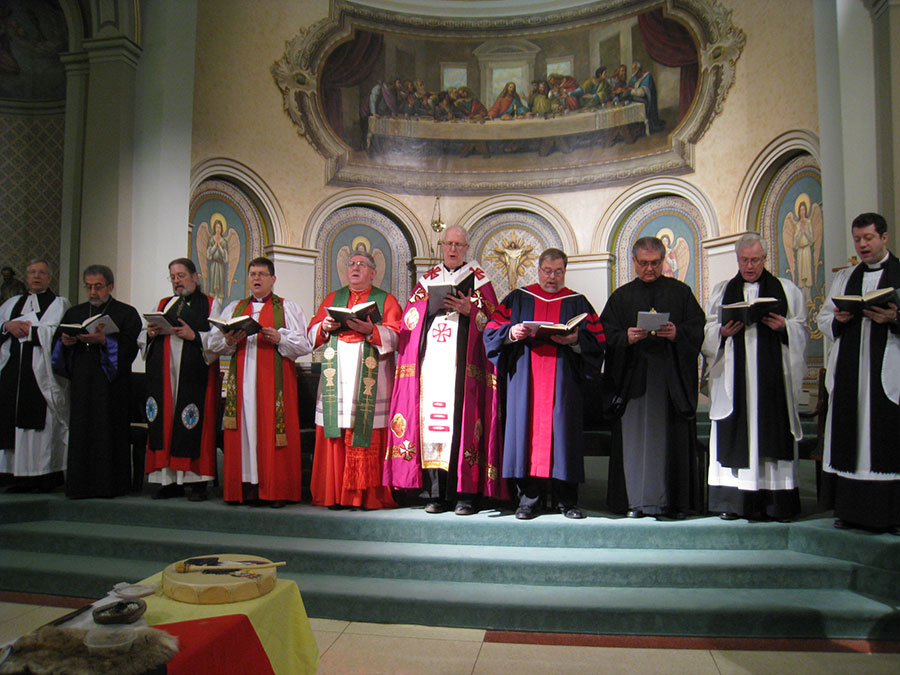 Prayer for Christian Unity at Other Times of the Year

Many opportunities exist for Catholics in the Archdiocese of Toronto to gather to pray for and with other Christians through the year.

“Prayer in common is recommended for Catholics and other Christians so that together they may put before God the needs and problems they share—e.g., peace, social concerns, mutual charity among people, the dignity of the family, the effects of poverty, hunger and violence, etc. The same may be said of occasions when, according to circumstances, a nation, region or community wishes to make a common act of thanksgiving or petition to God, as on a national holiday, at a time of public disaster or mourning, on a day set aside for remembrance of those who have died for their country, etc. This kind of prayer is also recommended when Christians hold meetings for study or common action”. [Ecumenical Directory §109]

World Day of Prayer
The World Day of Prayer is a global ecumenical movement led by Christian women who welcome all to join in on a common day of prayer on the first Friday of March. Prayer for peace and justice is especially promoted.

Ecumenism of Blood and Red Wednesday

“In certain parts of the world Christians suffer persecution. Pope Francis has often spoken of the ‘ecumenism of blood’. Those who persecute Christians often recognise better than Christians do themselves the unity that exists among them. In honouring Christians from other traditions who have suffered martyrdom Catholics recognise the riches that Christ has bestowed on them and to which they bear powerful witness (see UR §4).” (Vademecum §22)

One day a year, St. Michael’s Cathedral in the Archdiocese of Toronto and many landmark buildings around the world are illuminated in scarlet for Red Wednesday. Red Wednesday is a campaign of Aid to the Church in Need, a pontifical foundation, in solidarity with Christians around the world who have been persecuted for their religious beliefs.

Christian Meditation
Christian Meditation is an ancient form of prayer and spiritual practice, dating back to the writings of the desert monks in the 3rd and 4th centuries, but which has clear roots in the Gospels. The silent repetition of a short prayer, or a single prayer word, often the name of Jesus, is used as a way to still the mind and allow one to experience the fullness of the present moment where the presence of the Lord dwells.

Many groups of this time-honoured way of prayer that enriches and deepens one’s relationship with God and other Christians are found throughout the Archdiocese of Toronto.

For a list of Christian Meditation Groups in parishes of the Archdiocese of Toronto.pdf

Charismatic Prayer
Many Catholic Charismatic Prayer Groups exist in the Archdiocese of Toronto. “Charismatic prayer groups often bring people of different traditions together in common prayer. When there is prayer and discerning leadership, such groups witness remarkably to the unifying presence of the Holy Spirit.”7

Taizé Prayer
There are groups and parishes where people pray in a meditative way, with plenty of silence and singing the songs from the ecumenical community of Taize' in France. This ‘pilgrimage of trust’ gives expression to the unity that already exists among Christians of various traditions.

The Word of God: Celebrated, Read and Lived

“Unitatis redintegratio describes the scriptures as ‘an instrument of the highest value in the mighty hand of God for the attainment of … unity; (§21). The Ecumenical Directory urges that everything possible should be done to encourage Christians to read the scriptures together. In so doing, the document continues, the bond of unity between Christians is reinforced, they are opened to the unifying action of God, and their common witness to the Word of God is strengthened (see §183).” (Vademecum §20)

Pope Francis instituted The Sunday of the Word of God to be held every year on the third Sunday of Ordinary Time, with the Apostolic Letter in the form of a Motu proprio Aperuit illis issued on 30 September, 2019.

Usually falling within the Week of Prayer for Christian Unity, The Sunday of the Word of God is intended it to be a day dedicated to the celebration, reflection, and dissemination of the Word.

“This Sunday of the Word of God will thus be a fitting part of that time of the year when we are encouraged to strengthen our bonds with the Jewish people and to pray for Christian unity. This is more than a temporal coincidence: the celebration of the Sunday of the Word of God has ecumenical value, since the Scriptures point out, for those who listen, the path to authentic and firm unity.” (Aperuit illis §3)

It is through the proclaimed biblical readings in the liturgy that God speaks to his people and Christ himself proclaims his Gospel. This proclamation takes various settings, from at Mass, the sacraments and sacramentals, the Liturgy of the Hours (Lauds and Vespers) or other liturgies.

“As Christians, we are one people, making our pilgrim way through history, sustained by the Lord, present in our midst, who speaks to us and nourishes us. A day devoted to the Bible should not be seen as a yearly event but rather a year-long event, for we urgently need to grow in our knowledge and love of the Scriptures and of the Risen Lord, who continues to speak his word and to break bread in the community of believers. For this reason, we need to develop a closer relationship with Sacred Scripture; otherwise, our hearts will remain cold and our eyes shut, inflicted as we are by so many forms of blindness” (n. 8).

The Bible in a Year Podcast guides Catholics through the Bible in 365 daily episodes, providing commentary, reflection, and prayer along the way. Through a ground-breaking approach to understanding salvation history, with the podcast, one won’t just read the Bible in a year but will understand how all the pieces of the Bible fit together to tell an amazing story that continues in life today. This programme helps all Christians: read the entire Bible; become more confident in the understanding of Scripture; experience the transformative power of God’s Word in daily life; and start seeing the world through the lens of Scripture.

Proclamation is a programme that involves a reading God’s Word aloud in public and in its entirety from beginning to end, over a 10-day period. Readings integrate Old Testament with Psalms and Proverbs and New Testament texts. The roots of this experience are as old as the book of Nehemiah, where in the eight chapter, Ezra and the priest reads the law aloud to the whole assembly of Israel from beginning to end and spiritual renewal followed. Proclamation usually brings together Christians of different congregations, parishes from many traditions and confessions. It is a co-operative spirit that makes a powerful statement of unity to the community.

“Lord Jesus, on the night before you died for us,
you prayed that all your disciples may be perfectly one,
as you are in your Father and your Father is in you.
Make us painfully aware of our lack of faith in not being united.
Give us the faithfulness to acknowledge,
and the courage to reject, our hidden indifference,
distrust and even enmity towards one another.
Grant that we all may meet one another in you,
so that from our souls and our lips there may ever arise
your prayer for the unity of Christians
as you will it and by the means that you desire.
In you, who are perfect Love,
grant us to find the way that leads to unity,
in obedience to your love and your truth.
Amen.”8