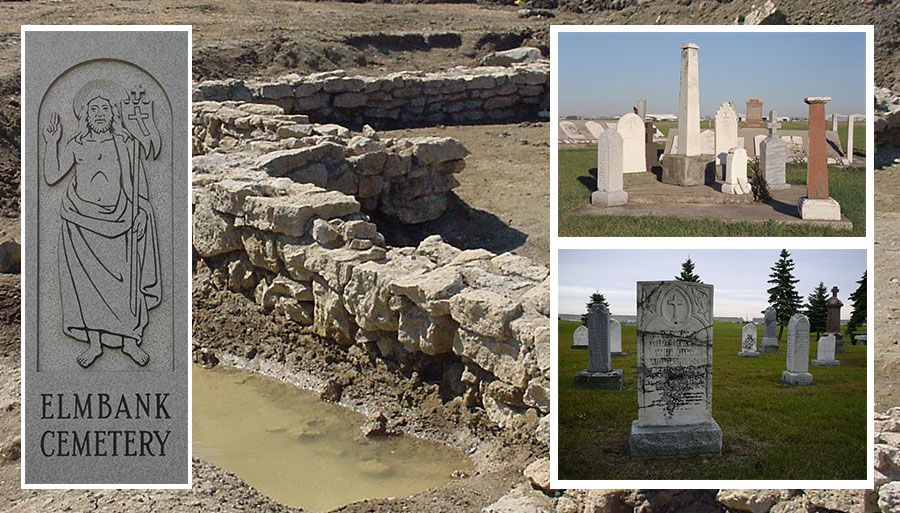 Opened in 1833, Elmbank Cemetery was the final resting place for many of the earliest Catholic settlers in rural Malton, northeast of Toronto. After the cemetery closed in 1939, the site became completely enclosed within Lester B. Pearson International Airport. Eventually this small Roman Catholic graveyard, also referred to as 5th Line Mission Cemetery and the Gore Cemetery, became an obstacle to the necessary expansion of the runways.

Between 2000 and 2004, Elmbank Cemetery was moved from Pearson Airport to Assumption Cemetery in Mississauga. A number of organizations came together to complete the project, which included an extensive archaeological investigation, genealogical research, gravestone restoration, re-interment, and a memorial to the deceased. Elmbank Cemetery is the largest historic burial ground in Ontario ever to be relocated.